Marijuana has been used for thousands of years as a natural remedy to deal with many medical conditions. Perhaps the researchers have not yet prove that marijuana is effective in dealing with all medical conditions. Still, there are some evidence exists that shows that cannabis treatment helps to some extent in treating or preventing migraine headache, but the problem is that it's not clear that whether it is safe or recommended dose or there may be a certain kind of migraine that is easily be prevented with cannabis treatment. Nowadays headache becomes the major public health concern, the ratio of people that have headache problem is increasing day after day. Every year about 50% of the population is facing a headache, including tension hype headache, migraine, and chronic daily headache. 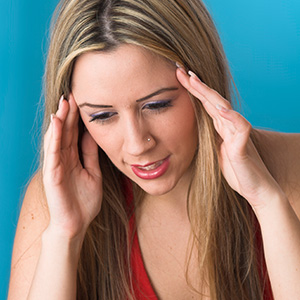 Marijuana is considered the best way to treat medical situations including migraines because it entails natural compounds that are termed as cannabinoids. Marijuana is another name for cannabis, which is a bushy plant that is usually used to make robe, paper or other products. Marijuana is also termed as cannabis. Marijuana entails two active ingredients that are cannabidiol and tetrahydrocannabinol that induces a variety of effects in the human body. Tetrahydrocannabinol is associated with psychogenic effects and makes the person feel high or relaxed, while cannabidiol is not associated with psychogenic effects, it may help you in ease pain. Cannabinoids may also help with nausea, muscle spasms, anxiety, and many health problems.

There has been limited research because of the restrictions of federal law showing that marijuana and migraines have a beneficial relationship with each other. One of the larger research that shows the effectiveness of marijuana for migraines, 121 adults are suffering from migraines. They all used migraine medication as well as different forms of medical marijuana includes both edible and inhaled cannabis. Out of all adults over there, 19 percent felt a decrease in the frequency of migraines, 16 percent experienced an improvement in their migraine attacks and 11 percent face the effects of using cannabis treatment. So this research shows that marijuana can be helpful for some people or may create problems for some depending upon the right dose or timely use of marijuana treatment.

How does medical marijuana work in the body?

The human brain and other parts of the body have a network of cannabinoid receptors. The human body is always in a process of naturally making the endocannabinoids. A person who is feeling for his pain is affected by these(CR) tiny loops of proteins. As an individual use it, these cannabinoids go into the human body and then search for receptors. It plays a role in regulating many human functions such as pain, mood swings, appetite etc. They change the working pattern of receptors and as a result, the human pain signals calm down. Marijuana might be one under the counter remedy that helps in migraine relief. Research shows that it helps ease migraine symptoms or most probably restrain people from starting.

Does marijuana work for migraines?

Many researchers did a lot of work on this issue that marijuana is effective in relieving migraines problem. The people who got daily migraine headaches use marijuana daily to prevent dangerous attacks. The people are satisfied enough that they said that their number of migraine headaches is cut in half due to marijuana. People are using different types of marijuana believing that when they inhaled it, they feel ease in handling migraine problems. They came out with good results that their migraine pain stops after having medical marijuana.

Cons and side effects of using marijuana:

If you eat or inhale marijuana it will make you feel lazy, dizzy, internally weak or moody and sleepy. Taking marijuana daily could harm the heart and life of your lungs over time. While marijuana has some long term effects like apathy, decrease the level of individual problem-solving ability, memory loss, and the person may addict to this for the rest of his life.

Short term side effects of using medical marijuana are often understood and includes the following effects like temporary damage short term memory and human concerns, increase the level of anxiety, addiction to marijuana, physical or sometimes psychological dependence and a person face difficulty while driving.

Who should constrain from marijuana

The ladies who are in a phase of their pregnancy, breastfeeding or plan to become pregnant must first consult their doctor before taking any supplements or natural remedies to cure medical conditions. As everyone is well aware of this information about how much smoke endangers the health of developing babies therefore smoking should strictly be avoided by the pregnant ladies. However, the negative effects of taking marijuana have not been studied that create problems for pregnant and breastfeeding ladies and endangers the health of an unborn child. So the best source of taking advice on treating migraine is from your migraine specialist. You should not start any supplements or medication without doing a consult with your doctor.

The cannabis treatments are restricted under the federal law, like U.S many states have access to legalized recreational use. Marijuana is labeled as a legal medication in half of the states of the U.S but every state have their laws of buying or using marijuana. In most states, marijuana is still considered as an illegal medication to have it even if you are going to some problem and marijuana will help you in preventing from the disease. Every individual should concern with their doctors and learn the law of their state they live in before using medical marijuana.

From the recent research, it seems that with marijuana the migraine problems might be prevented and cannabis treatment is helpful at least somewhat. From the early researches on the relationship of marijuana with migraine or with most of what we know about it, based on the shreds of evidence, marijuana has positive aspects in its horizon. Despite all the favorable positive effects between marijuana and migraine, it has some adverse aspects too, which we should not ignore and the people must be aware of before using this. We advised the people that they should not self medicate their migraine with marijuana because they have no idea of the standard dose. Contact one of All Natural Health Certifications locations today.