When you consume cannabis or marijuana orally, it enters your bloodstream after going through the process of digestion in the stomach. Marijuana is broken down and absorbed in your intestines. Eating marijuana edibles or related products is a healthier choice compared to inhaling marijuana smoke. There is absolutely no exposure to tar, carcinogens, and carbon, etc.

You might also be wondering where to find marijuana edibles in the state of Florida because the medical marijuana market is expanding in the state. Many people are already getting access to cannabis – which now also includes medical marijuana flower, as well as experiencing the incredible benefits of such natural medicine – edibles have been proven to be very elusive. 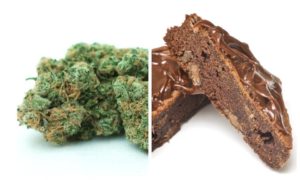 Edibles are an easier and cleaner form of consuming medical marijuana, the other primary benefits are related to its effectiveness. Eating marijuana edibles usually make them a bit longer to kick in – however, edibles produce long-lasting results, which are without a doubt beneficial for your body.

Because edibles are direct ingestion in your body, the substance has to pass through some essential process in the liver – for instance, the breaking down in the liver is important. Once marijuana establishes itself in the body, you will feel the amazing effects.

More interestingly, edibles will last longer than vaping or smoking of marijuana. In addition, the amount of marijuana in each edible can vary – therefore, the duration and effectiveness of the effect won’t always be consistent.

The agriculture department of Florida has finalized the rules for medical cannabis growers – especially around edibles – that is bringing the Florida market one step close to channelizing sales of the edible products.

Florida’s government and legislature are expected to sanction the sales of marijuana edibles soon – probably in a few months. The health department of the state, which regulates the MMJ industry of the state – is ready to issue the proposed regulations, standards, and protocols in order to seek public input.

Florida State Law has technically permitted edible marijuana. However, the department of health has not finalized the regulations yet – particularly regarding commercial edibles.

The state is among the twenty-nine states to have declared the use of medical cannabis. In 2016, the state enacted the law and as a result, there are over 200,000 registered marijuana patients in Florida’s medical marijuana program. There are over 2,000 marijuana doctors and licensed physicians who are treating these patients.

The Federal Law has listed marijuana as a “Schedule one” drug and the recreational use of cannabis is still illegal in Florida. People who are caught in the passion of cannabis without a valid card will end up in jail for charges of drug possession. Moreover, this also includes the possession of marijuana edibles – even the products that are bought legally in another U.S state.

Holly Bell is the director for the Agriculture Department and is currently leading the Cannabis Program in Florida – has commented that the primary concerns are because of the medical marijuana patients and their compromised immune systems as well as the concerns that are posed by food poisoning.

So, technically, edible medical marijuana is allowed under the law of the state – however, in treatment centers, the state has not yet confirmed the production and sale of the edible products. This must be sanctioned from the health department. Where do i get a medical card near me in Florida.

The section 381.986 of the law has defined edibles and has set out the qualifications – according to it, a treatment center in Florida must possess before they sell edible products and should have knowledge about product specifications and restrictions.

So, there is still some work to do by the state but we think that people will get benefit from edible products soon. In fact, we are pretty much sure about that. The efficiency and ease of marijuana edibles absorption are key reasons why most daily marijuana consumers prefer edibles.

After the complete legalization of marijuana edibles in Florida, marijuana doctors will – in general – prescribe edibles to their patients for a wide range of medical conditions including stress, anxiety, pain relief, etc.