In recent years, medical research study have shown that marijuana is one of the most effective medication to treat anxiety. “Marijuana” to a lame man is an item that something positive can’t come out from, this is totally wrong. Medical marijuana is known to be an effective cure of anxiety. 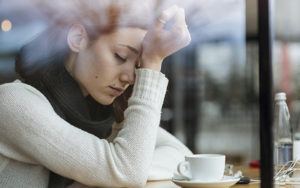 What exactly is anxiety? Anxiety is an unpleasant state of mental uneasiness, nervousness, apprehension and obsession or concern about some uncertain thing. It can also be referred as the state of restlessness and agitation, often accompanied by a distressing sense of oppression or tightness in the stomach. Anxiety is psychologically detrimental to human health. There are several known medication to treating anxiety but a well-renowned one is, the use of medical marijuana as it is very effective and beneficial to human health. There are several benefits attributed to using medical marijuana to treat anxiety.

While medical cannabis has been proven to be medically beneficial in a number of ways, the most recent advantage to emerge is in the looming fight against prescription pill abuse. There have been a handful of studies that show marijuana is a viable treatment for opioid addicts, so much so that it’s even convinced the most conservative states to spearhead medical reform.

Recent findings also show that cannabis has value by replacing other highly addictive prescription pills such as popular benzodiazepine tranquilizers. A group has partnered with external medical researchers to study the positive effects that pot use has on anxiety and pain patients. The study found that within 90 days of being prescribed marijuana as 40 percent of these patients stopped using benzodiazepines/xanax completely. That number rose even higher to 45 percent for those using cannabis after one year.

The collaborative study focused on 146 patients who were being treated with benzodiazepines for a variety of disorders. Over 61 percent of the patients were using medical cannabis for pain conditions, while 30 percent had a psychiatric disorder. The remaining 11.3 percent were using marijuana to treat neurological conditions.

Popular brands of benzodiazepines include Valium and Xanax, which create short-term side effects such as dizziness, headaches, and memory impairment. Extended use of these pills can lead to severe addiction and even to a potentially lethal overdose. According to statistics released by the Centers for Disease Control and Prevention, in 2013, 30 percent of prescription pill overdoses in the U.S. resulted from benzodiazepines use, second only to opioids.

It’s clear from these numbers that opioid abuse isn’t the only dangerous drug epidemic sweeping across North America, but research shows that cannabis can provide a life-saving alternative to both these highly addictive categories of prescription pills. As a growing number of victims continue to fall prey to opioid and benzodiazepine-induced overdoses, these studies will likely prove critical in the fight to legalize medical marijuana across the U.S. and beyond.

If you have anxiety and are interested in the benefits of medical marijuana, please contact our offices today or visit our website to get started on your medical marijuana card in Florida with All Natural Health Certifications.