What is medical marijuana?

Medical Marijuana is a Cannabis sativa or Cannabis indica plant used medically to relieve against different diseases and conditions. It is used medically but it affects some people because it has both pros and cons. 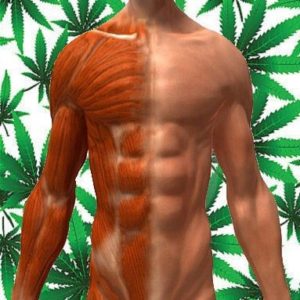 Can it help in Gastrointestinal Disorders?

The anti-inflammatory and relaxant effects of Medical Marijuana Patients in Florida may be responsible for some of their relief. The problems that have come under Gastrointestinal disorders can include difficulty in nourishment as nausea and vomiting problems, food components are not absorbed properly, and other elimination issues like diarrhea, constipation, irritable bowel, etc. Sometime in gastrointestinal track cancer develop like in mouth to esophagus, stomach, small and large intestine, and sometimes ending at the anus. Medical marijuana or as some say cannabis endocannabinoids are and has good results to treat patients from Crohn’s disease, Ulcerative Colitis, Irritable Bowel Syndrome.

Vomiting and nausea may occur as a result of various conditions like flu or any other viral illness, cancer and its chemotherapy, other medicines side effects, radiations, post-operative recovery, poisoning, and motion sickness. Medical Marijuana used for vomiting and nausea treatment because there is strong based research that supports the anti-emetic effects of cannabis for persons that are suffering from nausea and vomiting.

In the 1999 IOM report, Medicine and Marijuana through science base experiments agreed that cannabis has an anti-emetic effects that are suggested by strong supportive evidence but stated concern related to smoking the plant material. While inhalation it causes the immediate relief and Marijuana Doctors should be strongly recommending vaporization instead of smoking to eliminate this concern.

The common slogan in users of cannabis is a “The munchies” and this side effect of gaining an increased appetite can be a strong indication for use with person sorrow from cachexia or wasting syndrome. But, Jamaican women have long known that cannabis’s tea is best to settle the stomach and often gave some to newborn babies for better health. There is new evidence present that the ECS is involved in appetite stimulation. 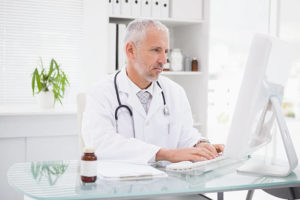 Research Articles on Cannabis and Gastrointestinal Disorders are given following:

Considering the limited benefits and also sometimes dangerous side effects of conventional treatment options, not surprisingly, people with indigestion may be interested in alternative therapies. According to clinical researches, medical marijuana has limited benefits but many people know already from firsthand experience from the research that exists already that cannabis is powerfully effective at fighting pain, nausea, and inflammation.

How to take Medical Marijuana

To take medical marijuana, you can:

Side effects of Medical Marijuana

When it taken in appropriate doses then it has minimum side effects for those doses which are determined with the help of a Marijuana Doctor and a patient’s own self-regulating. But, it is important to consider these side effects and also how they might impact your daily life.

Side effects of Medical Marijuana that are cause by minimum dose:

Side effects of Medical Marijuana at higher doses:

All the patients are not affected by this because some side effects are desirable for some peoples. For example, digestive problems like IBS, indigestion, and heartburn are often coupled with insomnia. For those who have digestive syndromes and also have trouble sleeping, so this side effect of drowsiness can actually be helpful. Get Started with All Natural Health Certifications Florida today.