In a cultural moment where the legalization of cannabis is gaining momentum, more and more people seek its medicinal properties to treat certain conditions. Despite growing support in favor of using medical marijuana, complications can still arise from a legal standpoint. The federal government still criminalizes (and penalizes) the use, sale, and distribution of cannabis. In order to avoid such risks and legal problems, any person looking to use marijuana for medical purposes must follow the legal rules in his or her state. This also applies to medical marijuana dispensaries. But what could this mean in terms of transporting or shipping medical cannabis within or outside a state’s borders? We invite you to keep reading to learn more about whether medical marijuana dispensaries can ship out of state. 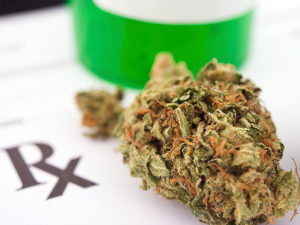 Who Can Legally Sell Medical Marijuana?

Many states, at the moment – have legalized the use of medical cannabis, and some other states allow its recreational use. However, not everyone can sell medical marijuana freely. How the plant is grown, sold, and distributed can change from state to state. Any business within the marijuana industry must comply with all legal regulations surrounding their operations, whether it is marketing marijuana products, growing medical marijuana to sell to dispensaries, or running a dispensary. Otherwise, they could be subject to federal prosecution.

Only entities that comply with all state regulations regarding medical marijuana can lawfully sell cannabis. Keep in mind that this industry is highly regulated and proper documentation, permits, and compliance are required – without exception. This essentially means that even if your state has legalized the use of medical marijuana, you may not be allowed grow it on your own land and you will certainly not be allowed to sell it for profit. Doing so could mean facing federal and or state charges.

Keep in mind that only people with a “medical marijuana card” can buy cannabis for medicinal purposes. In order to obtain this type of license, the individual needs to go through a registration process after receiving a recommendation from his or her doctor. 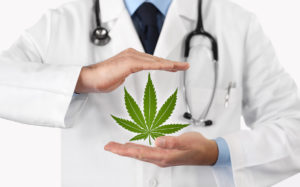 However, under the Controlled Substances Act of 1970, the federal government still sees marijuana as a Schedule I controlled substance. The Drug Enforcement Administration (DEA) defines Schedule I substances as “drugs with no currently accepted medical use and a high potential for abuse.” Marijuana is listed among these types of substances as defined by federal law. Therefore, even though many states have made it legal, it is still considered a crime under federal law.

Pot contains cannabidiol, or CBD, a chemical that is not responsible for getting you high but is thought to be responsible for many of marijuana’s therapeutic effects. Those benefits can include pain relief or potential treatment for certain kinds of childhood epilepsy.

The new report also found conclusive or substantial evidence — the most definitive levels — that cannabis can be an effective treatment for chronic pain, which could have to do with both CBD and THC. Pain is also “by far the most common” reason people request medical marijuana, according to the report.

Under the Supremacy Clause, which can be found in the U.S. Constitution (Article VI), federal law rules over state law unless there are no existing federal rules for a specific situation, or when federal law is deemed unconstitutional. In the case of medical marijuana, federal law’s only current federal policy of essentially “looking the other way” permits states cannabis programs to exist – and this comes with heavy rules about compliance with regulation. 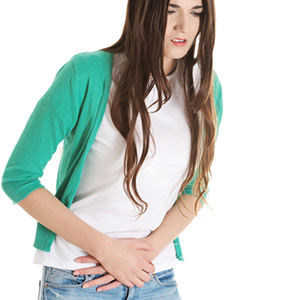 Some people with inflammatory bowel diseases like Crohn’s and ulcerative colitis could also benefit from marijuana use, studies suggest.

The NASEM report found insufficient evidence to support or refute the idea that cannabis might increase the overall risk of a heart attack. The same report, however, also found some limited evidencethat smoking could be a trigger for a heart attack.

Since there is a discrepancy between state and federal laws when it comes to legalization of medical marijuana, any person who is caught transporting marijuana outside state lines can be federally prosecuted. In other words, even if your state legalized the use of medical marijuana, federal rules still apply and you are still at risk of facing federal prosecution.

Can Medical Marijuana Be Shipped Out of State?

The short and simple answer is no. Since the Constitution gives the federal government explicit control over all interstate travel and commerce, no state law can permit transportation of cannabis outside its borders while cannabis remains illegal at the federal level. Furthermore, anyone who uses a postal service to ship medical marijuana – such as USPS, FedEx, UPS, or DHL – is at risk of facing federal prosecution. It is of utmost importance to remember – it cannot be stressed enough – that the federal government considers marijuana as an illegal substance. Therefore, shipping medical marijuana out of state cannot be done lawfully, even by marijuana dispensaries.

Research suggests this is a poor assumption — and one that could have interfered with the study’s results. According to a recent survey, about 52% of Americans have tried cannabis at some point, yet only 14% used the drug at least once a month.

Other studies have also come to the opposite conclusion of the present study. According to the Mayo Clinic, using cannabis could result in decreased— not increased — blood pressure. So while there’s probably a link between smoking marijuana and high blood pressure, there’s not enough research yet to say that one leads to the other. 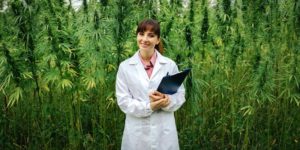 People looking to use medical marijuana to treat a certain condition just want to improve their overall wellbeing – they don’t want to break the law or face criminal charges. This is why it is so important to know how to comply with all regulations governing its use.

Marijuana may throw off your balance, as it influences activity in the cerebellum and basal ganglia, two brain areas that help regulate balance, coordination, reaction time, and posture.

Feeling as if time is sped up or slowed down is one of the most commonly reported effects of using marijuana. A paper sought to draw some solid conclusions from studies on those anecdotal reports, but it was unable to do so.

In a study that used magnetic resonance imaging (MRI) to focus on the brains of volunteers on THC, the authors noted that many had altered blood flow to the cerebellum, which most likely plays a role in our sense of time.

Limitations on what sort of marijuana research is allowed make it particularly difficult to study this sort of effect.

If you or someone you know is interested in knowing more about medical marijuana in Florida and how it can benefit your overall health, Please contact All Natural Health Certifications today at (407) 627-0314. We offer secure consultations for patients and are conveniently located in the Central Florida, Orlando area. We can help you understand the legal rights, rules, and responsibilities facing cannabis patients in Florida and beyond.