You might have heard of the term marijuana but do you know about it? Marijuana is known as pot, weed, and hash, etc. It is also called medical cannabis which is used globally around the countries. The practice of obtaining marijuana from the cannabis plant is done from centuries and this tradition was going on and on leaving people addict to it. Some laws have been enforced in the United States of America regarding marijuana as illegal usage (1). However, many other controversies are also resentful about people using marijuana for medical purposes.

Many alluring stories are present about the destruction of marijuana usage and how people are responding to it (2). Every day in the news we hear about people dying from the usage of drugs. Therefore, we should understand that there are certain things that need medical implementation and are important for medical purposes not only just addiction (3). Not everyone in these circumstances uses marijuana as a drug but sometimes patients use it for the cure as well. Marijuana Doctors are timelessly concerned about saving the patients’ lives by using simple product marijuana if it is legal in their states. Many trials and research works are also performed to test if the patient is eligible for marijuana use. All the chances are taken to make sure that the patient is performing and curing well.

As you know that chemotherapy is hard and sometimes doesn't even withstand the chance of saving a person's life. Thus, marijuana doctors are taking all the options for treating the patients. However, medical marijuana can be used for a variety of functions and can have many side effects as well (4). Serious medical conditions can also happen by taking excessive marijuana intake. Doctors are very keen to test if medical marijuana can help treat cancer patients. Some research is also going on but there are few facts that you should consider if you are planning to take marijuana for your treatment. The 6 things you should keep in mind are:

Choose the best one

Go ahead with your marijuana doctors and discuss the right product to inhale marijuana. The cannabinoid drugs comprise of two chemical drugs based on marijuana compound (5). These both are used around the United States of America. Now your doctor has to decide between choosing Dronabinol (Marinol) or Nabilone (Cesamet). Both have different functions and different uses to act according to it. Both of them have different side effects as well depending on the drug. Other than this nabixmols is a cannabinoid drug that can use through mouth spray which is available in many Asian countries as well. Frequent tests might be required to get the best treatment for yourself. Science Explains How Cannabis Kills Cancer Cells (6).

Consult with your marijuana doctor

Consulting with your marijuana doctor is one of the best things you should do before deciding for yourself. As such, there is no evidence that Cannabis or medical marijuana have a helpful impact on cancer patients (7). On the contrary, people use medical marijuana for easing their pains and other purposes. However, cannabis is able to kill cancer cells as well as soothe pain for a limited period of time (8). Many marijuana doctors don't suggest using medical marijuana if a person is able to suffer the pain itself. We should keep in mind that the Food and Drug Administrator (FDA) has not approved the use of medical marijuana. THC (Tetrahydrocannabinol) and CBD (Cannabidiol) cause high feelings through marijuana which can lead to help soothe the following:

In some cases, CBD causes the person to be high. Research shows it is effective for treating numbness due to stroke which reduces nerve pains but there are limitations to it (9). There is also research shows that medical marijuana helps people to improve their appetite who are suffering from cancer. However, if you are visiting your doctor, don't forget to tell about all the medications you use so. the doctor can adjust your time routine to take the marijuana (10). Take the necessary precautions that are required for the best results.

However, one thing to remember is that there are certain contradictions when using medical marijuana for treatment. There are lots of Cancer types around the world and every age group gets a hold of it. Medical marijuana can have benefits for different cancer types including breast cancer and many more (11). If you are diagnosed with breast cancer, prostate cancer and others then medical marijuana RSO is the treatment for you. Many advancements in the field of science have been made and with the help of marijuana, doctors are creating solutions for easing the pain (12).

Not only does the marijuana intake can cause your problem but taking it with other medications can cause problems too. That's why to limit the side effects, it is necessary to discuss the right amount of medicines and supplements with your doctor. 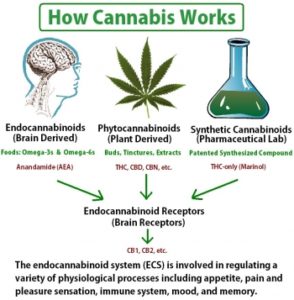 Getting certified for medical marijuana

Many states around The United States of America has implemented a federal law stating the illegal use of marijuana (13). However, it varies from state to state and ultimately the medical field is very likely to help in these matters. Aside from this, there is very little evidence of marijuana supporting or treating cancer patients. There are many judgments regarding whether to use marijuana or not however it's hard to decide. You can consider many marijuana doctors and talk with them and get second opinions as well. You cannot break the federal regulations but you might have to visit other cities to get the right treatment (14). Many cancer centers often advice visiting other cities or states to get the right treatment under the right doctors.

If you don't have the certification of receiving Florida medical marijuana then you should register yourself by talking to your doctors and nurse practitioners which can certify you for buying medical marijuana. However, a healthcare professional certificate might take some time to receive.

Know how it works

Smoking Marijuana is not the right treatment according to a study (15). You should know how the process and find the best solution for inhaling it. There are two ways in which you can decide to take the marijuana which are

The reason that vaporizes has less effect is because taking by mouth can be more effective than inhaling. You might have to hurry up inhaling it faster than usual. Once it gets in your system. Then, it gets in your bloodstream and controls your brain which changes your mood and consciousness accordingly.

Consider it only a cure

Remember that the use of marijuana for medical use is only a cure. Developing an addiction is not the right thing that you should face. Marijuana can be risky depending on your age. It can also cause you $50 a week to $300 a month. Only take marijuana if it is necessary and prescribe by a licensed medical Florida marijuana doctor location. This is because insurance doesn't pay for medical marijuana. It is considered as a breach of law and not recognized for medical use. However, marijuana doctor only suggests for using medical cannabis if you are able to afford it. However, insurance companies cover the use of pharmaceutical dronabinol as consisting is the component in THC, while making it a medical drug to use (16).

Make it your habit to take the medications timely and consult with your doctor by doing a routine checkup. Don't forget that if you telling the right problems to your doctor, it may help to treat other patients as well. Even if you are in a clinical test or research trial, it is important to know that your life can be useful and you can make other people’s life much better through the research you are providing to the doctors (17). However, we should not forget that everything has a silver lining even if it is for medical use. Make it a habit to help marijuana doctors around and make another people’s life secure. It might take some time to research well about its uses but it is not years before you recognize the best use and the treatment for cancer patients (18).