New York happens to be among the largest states located in the United States. This is in terms of not only the number of residents that reside in the state but also the actual area the state occupies. It is well positioned in the north eastern region of the United State of America. Its capital is Albany. Besides being and attraction to foreigners because of the features it homes, New York is also a home to quite a number of marijuana products as well as dispensaries that issue medical marijuana. Prior to using marijuana for medical purposes, patients ought to consider acquiring a medical marijuana card as it serves as proof that they have authorization to use of the product. This article will assist you in knowing how to go about the entire process o acquiring it and staying on the proper side of law. 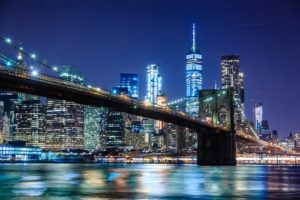 First and foremost, it is worth noting that marijuana is not to be used by just any other person. There are quite a number of legal qualifications that are listed and patients with the only mentioned conditions are to be allowed to use medical marijuana (MMJ). Therefore one has to assess whether they meet the following health conditions:

Also there exist legal qualifying conditions as mentioned above. They include:

Having met all the listed conditions, one may go ahead and consider themselves as a possible legal user of marijuana.

It is worth to acknowledge that New York is in its infancy stage on the use of medical marijuana. Also few doctors have medical licenses at the moment though the number is expected to increase as time passes. Notably, quite a number of health facilities have doctors that have undergone intensive training and surpass the certification stage as required by the state. Such hospitals only require you to contact them directly and you don’t have to be referred by one of your usual doctors. The New York state Department Of Health (NYDOH) has offered a comprehensive list of practitioners that are registered with the state and are permitted to prescribe medical marijuana. One could also look for licensed doctors online and they may get to interact via video chats, calls or rather face to face visits. Please keep in mind that only licensed medical marijuana doctors are allowed to approve patients on the use of medical marijuana. Documents from doctors that are not licensed won’t be allowed by medical dispensaries. This could prove to be the most difficult process but once you get done with it, everything else will be easy for you.

After obtaining approval from a doctor, online registration as a medical patient on the New York State Health Department website is the next step. One starts this process by creating an account online. Then they should proceed on to entering some numbers from the recommendation letter that was issued by a licensed practitioner. Notably, the State’s Compassionate Care Act obligates an applicant to pay $50 to serve as application fee. Apparently, the Department happens to be waiving the fee for not only caregivers but also patients.

There are quite a number of requirements that one should comply to go ahead with the online application. They include:

Once one has finished online application, one is issued with a temporary card that they can use for the mean time. After a period of two weeks the actual card is delivered to one’s mail. Please keep in mind that application ought to be renewed annually.

Pick both your card as well as recommendation to people that you are an authorized user and get to the nearest dispensary that has been licensed. Usually, every dispensary not only have its own array of products but also a distinguished brand. Different dispensaries deal with different items and therefore one should choose a dispensary that deals with the products that they are interested in. Inarguably, selection of doctors that will aid in choosing a desirable MMTC is a plus. Most of them have familiarized with the types of marijuana products each dispensary have to offer in a particular region.

Enjoy the freedom of consuming your medical marijuana legally. Hopefully it relieves the pain you could be undergoing.

All you should know about renewal of registry ID cards

It is important to keep in mind that the duration that the caregiver is allowed to access marijuana depends on the duration that the patient has been allowed to use it. Therefore, it means that the registration card of the caregiver expires at the same period as the card of the patient. This suggests that they both seek for the renewal of the cards. Often, the patient acquires new documents from the physician. The licensed MMJ doctor then goes ahead and renews their registration card in the same process that is listed above. From that point, the caregiver can then apply for the renewal of their card. That way, they are both authorized to access medical marijuana.

What are the costs incurred while dealing with caregivers?

The law requires that the patient grants the caregiver some money to cater for two expenses. Those expenses include;

The New York marijuana law requires caregivers to adhere to several rules and regulations. They include;

What should you know about use and possession limit?

It is important to note that the quantity of medical marijuana that one could be found with may easily land them in deep trouble. The total amount of medical marijuana that one should be in possession of at a time must not exceed a supply that would last them up to a period of 30 days as licensed doctors had prescribed. This condition stands so long as they are otherwise able to prove that they had visited an MMJ doctor in the past seven days.

Use of marijuana may prove to be costly. Therefore seeking authorized institutions that offer discounts is a great thought. With a budget of about $200, one may manage to cover for their medical evaluation as well as consultation with a doctor that has been licensed to deal with marijuana prescriptions. This fee would also cater for medical marijuana purchased as well as authorized certification.

Do you qualify to be a marijuana supplier once you get your Medical Marijuana card for users?

Being an authorized user of medical marijuana does not give any one the right to grow the plant. Therefore stick to being a user let those that are licensed suppliers do their job.