As much as the marijuana topic won’t stop appearing for the not so good reasons, medical marijuana keeps championing some right course. Medical marijuana ensures that parts of the marijuana plants are used in treating several health challenges and marijuana doctors in Florida and other areas of the U.S. also see to it that people are only treated from their disease with it and are not exposed to the chemicals that could initiate uncontrollable euphoric feelings.

Marijuana doctors have ascertained that marijuana also helps nausea and vomiting symptoms. Amongst the series of ailments that medical marijuana can help relief is nausea and vomiting. Even though these two health situations are relative, they are very distinctive and different especially when looking at their cause and treatment. 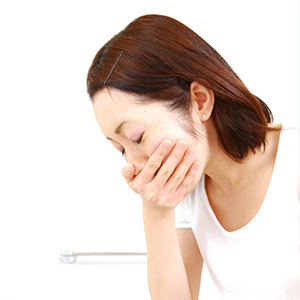 Possible reasons for Nausea and Vomiting

A whole lot of things could be the reason for these conditions; Abdominal obstructions, illness, poisoning, homeostatic imbalance, drugs prescriptions amongst several possible causes. Some of these causes are harmless while others could be serious.

Nausea and vomiting are also often initiated in the human body as a protective defense mechanism and if it gets to be an unavoidable side effect and there seems to be no relief, and there is also no clear thing that triggers it, booking an appointment with the marijuana doctors could be a good thing. Often nausea and vomiting are symptoms of an underlying situation which is important to find out, marijuana doctors won’t just assume that since you have nausea and you’re vomiting then the next thing you need is medical marijuana, they’ll confirm whatever the underlying situation is and see if medical marijuana will be your best option.

How medical marijuana facilitates the treatment of Nausea and Vomiting

The endocannabinoid system and how it functions with medical marijuana was discussed in the last article.

The cannabinoids are proven to help in the suppression of nausea and vomiting. This is achieved by the activation of the receptor sites of the endocannabinoid system. Through this, medical marijuana is known to be a great anti-nausea choice. This method is the same method that is used by marijuana doctors to treat every other ailment or health conditions.

The endocannabinoid system has receptors that can be found throughout all the cells in the body, the ingestion of the CDB or the THC into the body immediately activates these receptor sites thereby ensuring that there is a biological change taking place in the body.

Marijuana doctors have gone further to prove that medical marijuana doesn’t just work for nausea and vomiting symptoms of humans, but also that of animals.

The endocannabinoid system consists of two primary receptors known as CB1 and CB2. The CB1 receptor can be found in high-level regions such as the brain, a lesser amount of the CB1 is found elsewhere in the body system. The CB2 receptors are found in few neurons and some numbers of immune cells. The CB1 receptors work as a vomit suppressor.

THC is another more effective approach to suppressing nausea and vomiting. The only reason why marijuana doctors don’t always make use of THC is due to the presence of chemicals that aids euphoric feeling also known as being “high.” Most of the time CBD are preferred because it is non-intoxicating. Nevertheless, there are situations where THC serves as the best option. People going through chemotherapy or radiation always experience lots of pain and mood swings, THC helps them to create a good state of mind that will help them through their treatment and ease the pain. THC also helps chronic nausea.

Lots of people are already turning to doctors for medical marijuana to treat their nausea and vomiting. All you have to do is to book an appointment with us, and we will be able to figure it out together with you. We are situated in Florida, a state where Medical marijuana is legalized. At All Natural Health Certifications, we have qualified Orlando Marijuana doctors who are also authorized to issue Florida Medical Marijuana cards to qualified patients. www.edocmmj.com