Neurological disorders are a group of diseases and conditions that affect the brain, spinal cord and nervous system. Studies have shown cannabis can delay the onset or limit the progression of various disorders as well as manage their associated spasms, seizures, tics, pain and other symptoms. So the question, if Medical Marijuana Improve Neurological Disorders is definitely a yes answer. 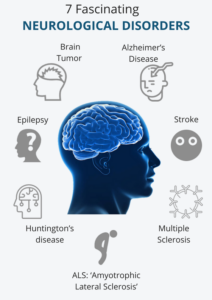 The term “cannabis” is derived from the Greek kánnabis. The use of cannabis for neurologic disease can be traced at least as far back as 1500–3000 BC, in the writings of Chinese Emperor Shen-Nuang. Much of the early use of the drug was for treatment of headaches, with first documentation of its use for this purpose in 600 AD. Hildegard von Bingen, a 12th century European mystic, wrote “whoever has head pains may eat [cannabis] and the head pains may be reduced.”

Damage to the body’s nervous system can be caused by a genetic disorder, a trauma event that causes a brain or spinal cord injury, tumors, degeneration, autoimmune disorders or blood flow disruptions. The cause of some neurological disorders, like Parkinson’s disease, remains unknown.

While symptoms of neurological disorders vary significantly depending on the specific type of disorder, they can include muscle weakness, loss of muscle control or poor coordination, paralysis, loss of sensation, spasms, seizures, loss of mental control, loss of consciousness, confusion and pain.

There is no cure for most neurological disorders, so the focus of treatment is on limiting the progression of the disorder and managing symptoms. Medications can be used to control pain, spasms and seizures. 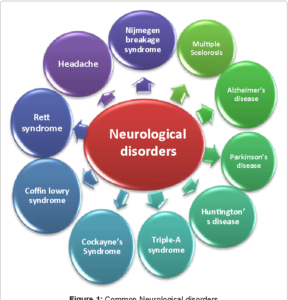 Research has shown that cannabis possesses neuroprotective effects, which in turn support the health of the brain, spinal cord and nerves, and help in preventing and limiting the progression of various neurological disorders. The major cannabinoids found in cannabis, including cannabidiol (CBD) and tetrahydrocannabinol (THC), have both shown they can help protect neurons, modulate the inflammatory response and encourage neuroregeneration

Cannabis, which for much of the past century was relegated to the status of an oddity (at best) or a drug of abuse (at worst), has in recent years seen a resurgence in its public popularity and use. A number of recent studies show that a majority of Americans believe cannabis should be legalized, and its use has doubled in the last decade. Concordant to this groundswell of public opinion is the increasing public and medical perception of cannabis as a potential treatment for a variety of medical symptoms, including nausea, pain, and anxiety. Given the increasing availability and patient interest in the potential applications of cannabis, clinician understanding of the history, risks, pathophysiology, and available clinical data, both in animal and human studies, is essential to accurately educate patients and make informed decisions about whether its use could provide benefit for specific neurologic diseases.

Need assistance in seeing a marijuana doctor in Florida, please contact our offices to schedule your next appointment with our practice.